Friends, I need your help.  My friends in San Francisco (pictured above) adopted a beautiful boy from the Congo, Miles Jephte (pictured above with them.) They have been awaiting his homecoming to live with them for a long time.  Miles’ mother is a genuine, loving and fun woman and his father is an anesthesiologist who exudes humility and capability at the same time, which is not terribly common.  Their adoption was finalized in December of 2012. The US government granted Miles a visa in September 2013.  Soon after, his parents flew to the Congo to pick up their son.  After two weeks of waiting and bureaucracy, Miles’ dad returned home to his job and their ten month old son at home.  In an act of bravery and displaying the selfless tenacity that is unique to parents in desperate situations, his mother stayed in the Congo, hoping that the daily promises of the Congolese government that the paperwork would be completed “tomorrow” and “this week” would ring true.

She chronicled her days there and the words of her heart to many of her friends, including me.  I cannot even begin to describe the maturity (and honest vulnerability) of her words or the lessons that she learned in a manner that would do them justice.  I can only tell you that they brought me to tears daily, they shifted my perspective on motherhood in America greatly and that I anxiously awaited her updates like a thirsty person does water.  Many of us have begged her to write a book and I’m hopeful that when this is all over, she will share her heart in that way.  Her heart, which has been broken in seeing the conditions in the Congo, tortured with waiting and trying everything that she knew to fix the situation and shaped by the unique love of adoption that few of us will ever know firsthand, is worth sharing.  For the three months that she lived on her own in the Congo with her adopted son, her heart simultaneously longed for her biological son back in the States as he learned to walk without her, celebrated holidays without her and had his first birthday without her as she pressed on, continuing to stay in the Congo alone and fight for her adopted son Miles to come home to the U.S. and be joined with his brother.  Her heart was deeply crushed when her own Congolese visa expired and yet her son’s exit letter had still not been delivered as promised so many times.  She was forced to find foster care for him in a country so very far from our own in both mileage and lifestyle, board a plane and fly home alone to his empty crib, knowing that though she had left him in capable hands, those hands were still not in her own, a situation that I can hardly imagine as a mother.  That act of bravery and that trust that God is working something bigger in this situation took courage that I am still amazed by each and every time I think of it.  There were ways to bring her son home that were outside of the legal boundaries and my friend chose to stand in integrity and not go down that road.  I often ask myself what I would have done in that situation and the truth is, I have no idea because I haven’t lived what she has lived.  I only add this fact because I think that it speaks to this family’s honesty, integrity and solid faith.  My friends wants their son to be able to freely travel back to the Congo and visit his home country and know his roots and I think that shows both character and a long-term focus and I admire both.

To be very clear, this adoption has been investigated by both the U.S. and Congolese governments and this boy has been granted orphan status.  That was all completed prior to the legal adoption.  My friends are the legal parents of this child in both the eyes of the U.S. government and the eyes of the Congolese government.  They are responsible for this child.  And yet, they are not being granted the piece of paper that allows him to legally travel through the Congolese airport in order to come home to the U.S. where his parents live.  It is mind-boggling to me, but then I don’t have depth of understanding in international affairs, not by a long shot.

Today, my friend asked me to sign a petition asking Congress to step in and help resolve the pending adoptions from the Democratic Republic of Congo. This is truly a government-level issue in the Democratic Republic of Congo and our own country’s government has the ability to step in and help bring clarity to the situation and get these kids brought home to their families.  Today, I humbly ask you to consider signing this petition.  It doesn’t take more than 30 seconds (15 if you’re a fast typist) and would really help draw attention to these children in need.  There’s no donation requested and no commitment involved.  You’re simply lending your voice to these children in the Congo, who have been legally adopted by parents and yet are not allowed to go home with them.  They are stuck in a terrible limbo at a time when their development cries out for the arms of a loving mom and dad.  And every single child deserves that.

Here’s the link to sign the petition.  You can write “For Jephte!” in the comments when you sign if you’d like to show your support for this precious little boy. Either way, please take a moment to sign it and please, please share this link (and this blog post, if you wish) with your family and friends.  I am SO grateful for your help in bringing this boy home.  Below are a few more photos of this sweet soul that are pretty much guaranteed to make your heart smile.  For more of the backstory on Miles Jephte and this precious family, please check out (and follow!) their blog In the Time Between.

Have something to say in response?  Want to send a word of encouragement to my friends?  Let us know in the comments section below! Leave a Reply to andrea Cancel 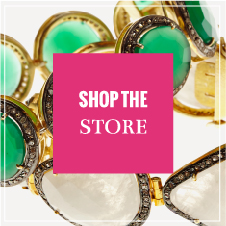 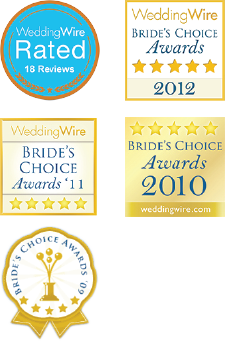